The Audio-Vocal Centre offers actors, singers and musicians the means to attain the highest levels of their art.

According to Alfred A. Tomatis, the right ear is the most important ear, the one that enables us to focus on sounds and then restitute them with ease, quality and timbre in both the spoken or singing voice or the playing of a musical instrument.

Indeed for anatomic and neurological reasons the right ear is the closest to the organs of speech, the one that requires the least amount of effort, the most rapid and the most precise.  According to A.A. Tomatis, who announced 50 years ago the formula : ” the larynx produces only the harmonics that the ear can hear “, we sing, speak, read and play an instrument with our ear”.

A listening test permits the rapid detection of the way to help each actor, singer or musician, through increasing control by the right ear through a series of audio-vocal sessions which will in the process also, if necessary, correct distortions revealed by this test, thus improving :

The two ears have different roles : the right aims at a specific sound, the left provides a panorama of the sonic environment.

Lateralisation is developed from a young age with the apparition of language in an environment favoring this evolution. Any difficulty with lateralisation will impoverish the restitution of sound whether it concern vocal output or the playing of an instrument.

The right ear is the directing ear. If a musician is stopped from hearing on the right side they will immediately lose the quality of their playing and will lose the tempo.  In the same way a singer will lose their voice’s accuracy and timbre. In the same conditions an actor will be disturbed in their elocution and may start hesitating or even stuttering.
Conversely if the right ear is favoured the subject immediately recovers their means and finds them even improved.

This intensive training of the ear enables the acquiring of a listening posture determining the body’s whole posture (the vestibule in the inner ear controlling all the muscles in the body), thus leading to the osmosis of ear-body-instrument – so essential to every artist – and allowing each to exploit to a maximum their body as an instrument of languag or music. 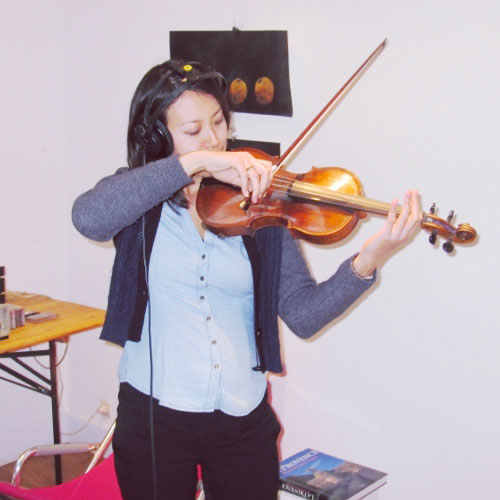