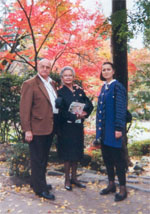 The Audio-Vocal Centre™ was founded by Dominique Waddell-Cannet, first assistant of Professor Tomatis for the audio-vocal work and by her psychologist husband Justin Waddell trained directly in audio-psycho-phonological techniques by Professor Tomatis. Dominique Waddell-Cannet was responsible for the audio-vocal courses and training in the original Tomatis method at the Tomatis Centre Paris between 1990 and 1997, having followed rigorously the audio-vocal teaching from 1985 onwards. She remains the person who has benefited the most from this pedagogy of the ear and the voice.

Her departure from the Tomatis Centre, Paris followed Professor Tomatis’s own departure – very much at odds with the direction his centre was taking and the new management team.

Dominique Waddell then followed and supported Doctor Tomatis in England where she was the consultant at The Alfred Tomatis Foundation in Ecclestone Square, London as well as in Edinburgh.

Back in France, Dominique and Justin Waddell started with the support and advice of Alfred Tomatis : The Audio-Vocal Centre™. They now work in Versailles in the Yvelines and in the mountains in Morgins (Valais) close to Châtel, Haute Savoie and depending on the demand they come to London occasionally for listening tests and assessments and some vocal technique work at the British Psychological Society offices near Old Street Station.   See course planner or contact us for further details.

The Audio-Vocal Centre™ has benefited from the integrity of the original teaching of Professor Alfred Tomatis and observes the strictest standards regarding the  quality of the analogue equipment and recordings (very important for Tomatis in the optimal energetisation of the brain). Dominique Waddell participated often in the original analogue recordings carried out in Tomatis’s laboratory in Le Bec-Hellouin.
The music is recorded onto metal tapes from vinyls of Wolfgang Amadeus Mozart and Gregorian chant largely from the Solesmes Abbey  (diriected by Dom Gajard) as well as the abbey of Bec Hellouin using the highest quality analogue material.  Additional recordings are made for the integration of foreign languages and some operatic airs for the teaching of singing (Caruso, Gigli, Tebaldi …) 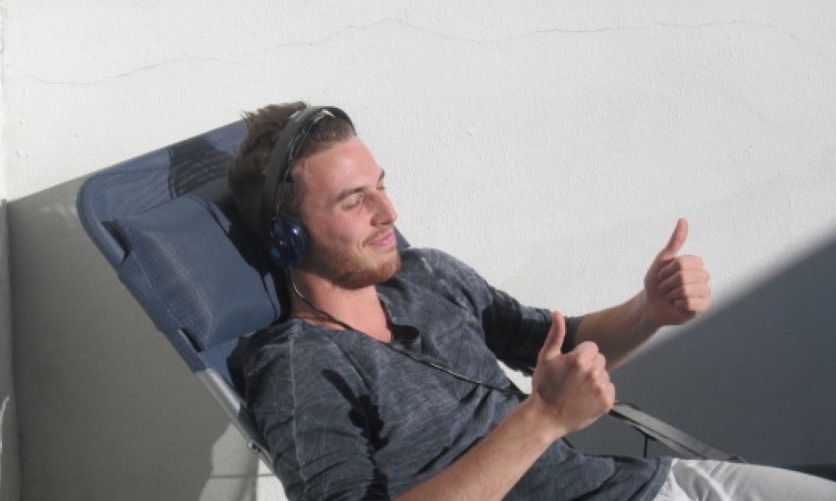 The Audio-Vocal Centre™ makes the treatment as short and efficient as possible in particular by making each person as quickly as possible independent through all sorts of advice, with respect to individual needs, and also through the teaching of audio-vocal exercises which can be carried out at home.

Equipped with 30 years of experience of both the audio-vocal sessions and the audio-vocal techniques Justin and Dominique Waddell have been able to enrich the programme of sessions and practical exercises which Tomatis developed considerably in the last years of his life with exercises for posture,  verticality, breathing, the ear and the voice for everyone whether they be adults, children or adolescents.

These exercises are accompanied with explanations of the diverse control circuits or loops between the leading ear and the voice and are taught from the first active sessions. Regularly controlled, they reinforce the effects of the sessions and provide everyone with the means to progress on their own at home at the end of the sessions.

This set of exercises and advice is regrouped under the name of Accelerated Listening Training™ which contain, when appropriate, also some dietary advice as well as exercises to relax the eyes and ENT sphere by the American Doctor, William Bates.

Linguistic sessions of integration of foreign languages and half or full-day immersion courses, in particular of the English and French language are equally offered throughout the year.

Alfred Tomatis with his wife Léna in the Parc Monceau next to the Tomatis Centre, Paris in 1994

Internationally known for his work on audition, the listening function,  phonation, specialist in phoniatrics and particularly auditive neurophysiology, Professeur Tomatis started his activity wth singers before extending it to all the dimensions of listening.  He created a new discipline within human sciences : audio-psycho-phonology, based on the application  of the three Tomatis laws. (Verified by the Professors Molonguet and Raoul Housson in 1957 for the French Academy of Medecine).

Doctor and ENT specialist he establishes a “listening test” which capturing bodily and psychological dimensions, behaviour and interactions with the environment served to objectify and enlarge the dimensions of traditional audiometry. He invents a machine the “Electronic Ear” to rectify listening distortions in multiple domains and applications.

The Audio-Vocal Centre was created in 1999 thanks to and at the request of Alfred Tomatis who having left his Paris Centre wanted Justin and Dominique Waddell to continue to apply his techniques to help as many adults and children as possible to progress towards a better listening, attention, concentration, memory and communication through not only listening sessions but also practical audio-vocal work. 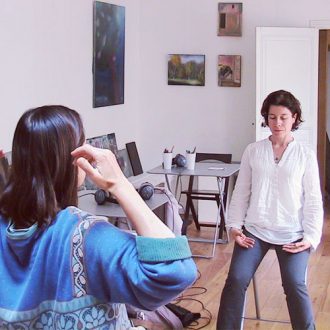 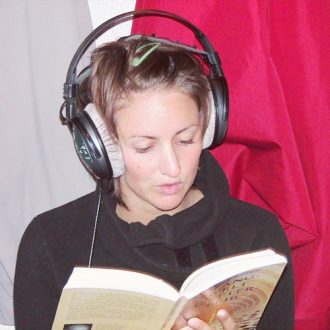 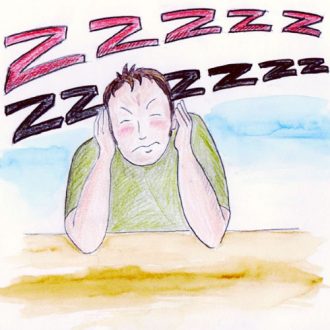 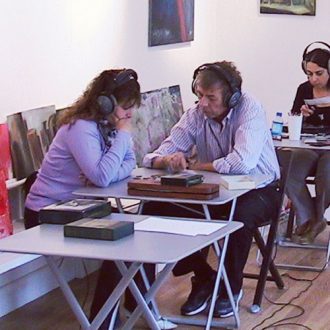 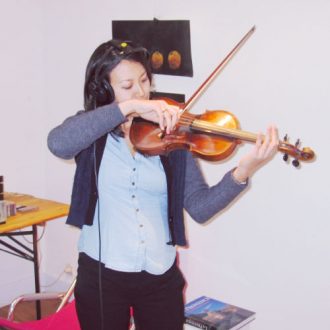 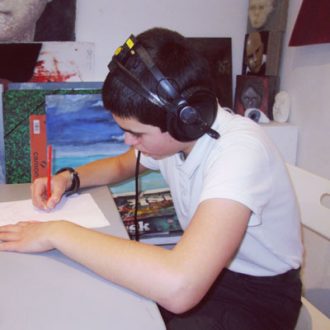 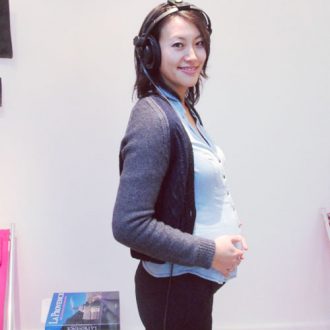 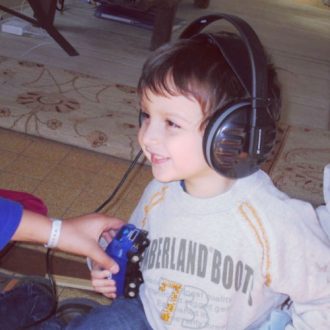 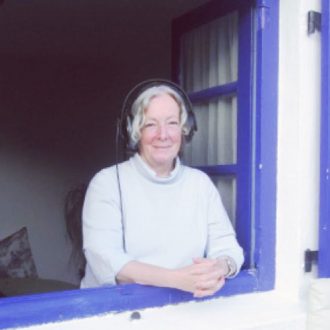 Simone et Anastasia Bateson aged 11 and 7, diagnosed dyslexic, and who came to see us in July 2005 at Verbier in Switzerland, London, 31st May 2005

I feel ashamed that we have only just got around to contacting you. All is well with Simone and Anastasia they have had a very busy year. Anastasia has amazed her teachers as you know she was classed as a non reader when we came to you and now she is almost in the average reader category. She has had a lot of extra support from school and we are continuing to pay for regular private lessons to help her with her English reading and writing but she has proved better able to make full use of her opportunities. However best of all is her improved confidence and self esteem also improved speech. Further she is more open to making new friendships and defending herself and others I feel she is much more discerning.

Simone’s reading was tested last October and was considered to have a reading age of 12.5 she was just about to turn 12. The February before that she had been one year behind. Again Simone was tested in February this year and she was assessed with a reading age of 13.5. Simone had to complete her end of junior school exams named SATS she found the run up to the exams very stressful as the school had the children practising papers every day for several weeks. However during the actual week of the exams she seemed calmer and said she found the actual SATS easier than the practice papers she only hated the mental arithmetic and felt very confident and at ease with her reading and reading comprehension paper.

Robert was 8 years old when he started the listening therapy. He was having learning difficulties particularly with writing. Since undergoing the listening therapy we have been delighted with the improvements in his school work. The teachers and myself noticed improved levels of concentration and more accurate reading after the therapy. He is now writing fluently in a neat cursive style using his right hand.

I have just received his results from the standardised tests in Literacy and would like to inform you that before the therapy his reading for accuracy score was 85 and after the therapy it is 97. His test results in comprehension has improved and his spelling age has improved almost 2 years in just 6 months. We are continuing to follow your advice and Robert reads out loud on a regular basis.

We are very grateful for your help.
Regards
Kate James

Aged 36, I have been suffering for 2 years now from this little understood illness referred to as “Ménière’s vertigo”.
The latter appeared after a period of intense fatigue, stress and overwork. My ENT specialist’s diagnosis came to me as no surprise as I was already familiar with this illness through my father, who also suffered from it for many years. In my case, the symptoms rapidly got worse : important hearing loss, accompanied by tinnitus in the form of a loud low-pitched ringing in the left ear, loss of balance, vertigo attacks accompanied by vomiting. Daily life started to become difficult : work, driving, looking after my daughter, doing the shopping etc.. Everything became a nightmare for me because at every moment there was the anxiety of a new crisis.
Traditional medecine not being familiar with the origin of this illness can unfortunately offer only scant relief in the form of drugs. I decided to turn to other methods. I found the web site proposing audio-vocal sessions based on the works of Dr Tomatis, that is to say the stimulation of the muscles of the middle ear through the use of electronic material. Very rapidly the positive effects of these sessions started to be felt : an important recovery in audition, a better tolerance of noise, a significant reduction in my tinnitus, and above all no more vertigo since the start of the sessions around five months ago.
Today, thanks to this improved well-being I have recovered my self-confidence, I dare to do what I refrained from doing before, my spirits are high, I search out contacts with others and I look to the future with enthusiasm ; in a word I live again ! To conclude, I think that these sessions represent a real hope for all those who suffer from this terrible illness.

Alfred Tomatis first created The Language Centre in the 1950s, to which he lent his name becoming the Tomatis Centre, Paris.  He left the latter in 1997, in disaccord with the management team.  He finished not being able to use his method under his own name and used the term audio-psycho-phonology or audio-psycho-linguistics.

The Audio-Vocal Centre  offers sessions primarily in Morgins on the franco-swiss border and for some winter months also in Versailles.   The former situated at 1,250m altitude permits an attractive combination of sessions and relaxation for an optimal integration of benefits. 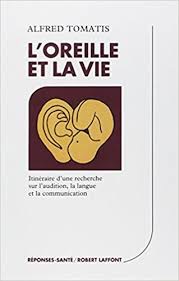